Introduction: Ramadan fasting has several advantages in regards to different diseases. However, its role in chronic diseases and patients who are under treatment with specific medications remains unknown. The general objective of this study was to determine the effect of Ramadan fasting on liver function tests in patients using methotrexate attending Shahid Mohammadi Hospital in 2015.

Methods: This cohort study was conducted on patients under treatment with methotrexate in the Rheumatology Center, Bandar Abbas, Iran. Fifty patients were placed in fasting group and 50 in a non-fasting group. Patients were evaluated for liver function tests, including aspartate aminotransferase, alanine aminotransferase, alkaline phosphatase, and total bilirubin before and after Ramadan fasting. For data analysis, IBM SPSS version 22.0 and descriptive tests, independent samples T-test and paired samples T-test were used.

Acta HealtMedica (ISSN 2414-6528) is a publication by Mehr Publishing

Mehr Publishing is a Book Publisher AND Publishing Service Provider for Journals, Universities, and Researchers from 2012

Acta HealthMedica subscribes to the principles of the Committee on Publication Ethics (COPE), and follows the guidelines of ICMJE 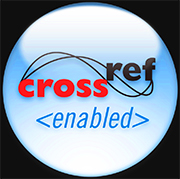